The collapse of natural gas prices in 2009 hit Alberta’s natural gas producers hard. In the face of a natural gas glut, companies were forced to tear apart their cost structures to preserve cash flow.

Signalta Resources Limited, a privately-held exploration and production company, was part of that transition as the collapse of natural gas prices continued. After a few years of lower prices, it was obvious that growing abandonment and reclamation liabilities were overwhelming cost-cutting efforts. “A&R liability had become a monster that was eating the industry alive,” says president Rob Chad. “We brought it in house to reduce consulting fees, but the process was slow and the numbers kept growing.” As well, the company identified numerous concerns related to the timespan from inactive well status to reclamation certificate. Why were full-cycle costs so high? Why did the process take so long? Signalta is a small company focused on its assets. The principals knew there must be a better way: enough was enough.

An extensive review showed that lack of discipline, iron, internal expertise, and a co-ordinated approach slowed every step and increased costs. AER rules were unclear; consultants were unproductive; using multiple service providers, regardless of how individually good they were, produced redundancy, down time and waste. The review showed that 71 per cent of funds invested in reclamation never made it to the field.

Frustrated by the status quo, Signalta chose a new approach in 2013. The company offered funding, operator experience, and a portfolio of wells to two independent owner-operated companies to catalyze a new holistic, modern approach to an age-old problem.

Terra-Sano and Terminis Downhole Services accepted Signalta’s challenge. They developed an integrated working model to take assets from inactive through downhole abandonment to a reclamation certificate. Within two years, they proved the concept thoroughly, providing consistent and demonstrable reductions in time and investment along the value chain. The approach was simple: 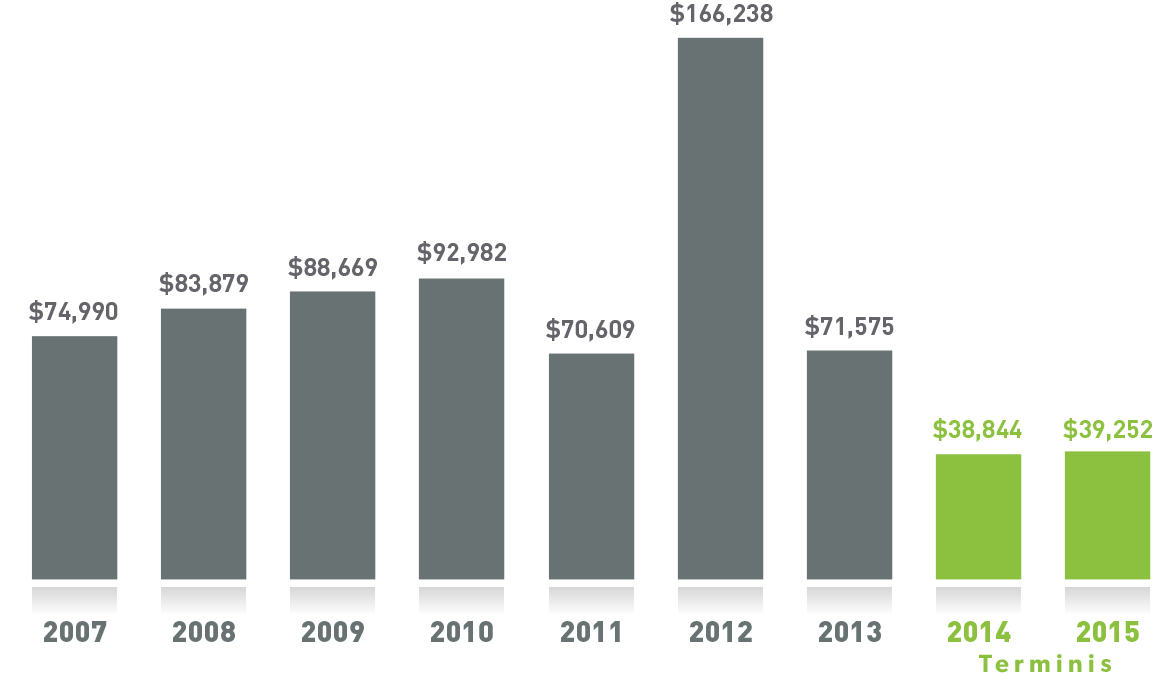 Our approach will move significantly more sites to liability closure

The process is working at Signalta, reducing costs and time requirements. Terra-Sano and Terminis are ready to apply it to a wider industry clientele.